Register for our Principal Tour

Home > About > Our founder 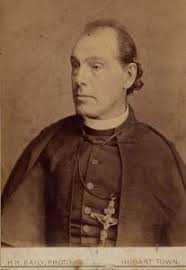 Our school is named after Father Julian Tenison Woods and perpetuates his name into the future.

He was a well-respected geologist, botanist, explorer and environmentalist. He wrote many scientific books and articles documenting the history, exploration and geological formation of Australia. It is this focus on sustainability and the earth that we bring to our community.  We emulate his work, support his charism and teach our students to be stewards of their world.

He was born in 1832 as one of eleven children in England to Irish parents. He became interested in the Priesthood. His interest was in joining the Passionist Fathers and also the Marist Fathers Orders, but eventually he was ordained a secular priest in St. Patrick's Church in Grote Street here in Adelaide.

From there he worked on priestly duties throughout the South East of South Australia and met with Mary MacKillop, a teacher in Penola. Together they established the Josephite Religious order of sisters and set about making Catholic Education in South Australia an option for all children.

Fr. Woods was an extremely clever man; he went on to become the first Director of Catholic Education (1867 - 1871) in South Australia and the Northern Territory; the Editor of the Catholic newspaper "The Southern Cross", and a noted geologist.